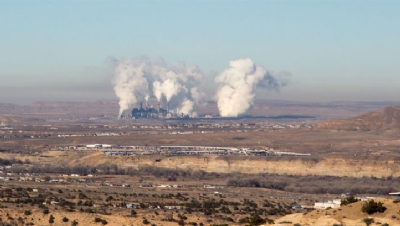 American Electric Power revealed yesterday that it received a subpoena from the United States Securities and Exchange Commission to search for documents related to House Bill 6, the Ohio law of 2019 at the center of a major corruption scandal that has already engulfed FirstEnergy, another Ohio utility company.

AEP said in a press release that the subpoena was from the SEC Enforcement Division, which investigates and advocates possible violations of federal securities laws.

AEP is also facing an HB 6-related litigation from shareholders who allege the electric utility has violated federal securities laws, as the company disclosed in a quarterly report to the SEC in April. Shareholders allege AEP made false or misleading statements to investors, including on the company’s actions on clean energy and climate change, by distorting or not disclosing the company’s role in what federal prosecutors have described as the biggest case of public corruption of Ohio history.

The SEC is is currently stepping up its application in matters of professional misconduct related to “ESG” or “environment, social and governance”, including material deficiencies and inaccuracies in disclosures to investors on climate risks.

Under HB 6, Ohio taxpayers will pay millions more in grants to bail out two coal-fired power plants operated by the Ohio Valley Electric Corporation, which counts AEP as its largest shareholder.

AEP spokesperson Tammy Ridout yesterday defended the contributions as “appropriate and legal” in response to an email request from the Energy and Policy Institute.

Empowering Ohio’s Economy has contributed $ 700,000 to Generation Now Inc., the 501 (c) (4) which pleaded guilty earlier this year to participate in a $ 60 million racketeering plot that resulted in HB 6, which included a $ 1 billion taxpayer-funded bailout of two nuclear power plants owned by a bankrupt subsidiary of FirstEnergy. Generation Now, Inc.’s guilty plea is one on three that federal prosecutors secured in their case against former Ohio House President Larry Householder and five others indicted last summer in connection with the nuclear bailout.

First Energy recognized as the source of most of the money which secretly leaked into Generation Now, and revealed he was seeking a deferred prosecution deal with federal prosecutors, a type of agreement that usually involves an admission of wrongdoing.

Last month, AEP’s lawyers included a copy of a 2017 grant agreement between Empowering Ohio’s Economy and Generation Now in a motion to dismiss a shareholder lawsuit related to HB 6. The grant agreement was signed by JB Hadden, president of Empowering Ohio’s Economy, and Jeff Longstreth, executive director of Generation Now. Longstreth pleaded guilty last fall in racketeering in connection with HB 6.

Hadden is a lawyer with the law firm Murray, Murphy, Moul, + Basil who worked as an outside lawyer for AEP.

Tom Froehle, vice president of governor’s affairs for AEP, also served on the board of directors of Empowering Ohio’s Economy. Froehle actively lobbied for HB 6 for AEP in 2019.

AEP also contributed $ 200,000 in 2017 to the Coalition for Growth & Opportunity, another 501 (c) (4) which was led by Longstreth, and which supported earlier legislation to expand subsidies for two coal-fired power plants owned by OVEC, a consortium of public services whose largest shareholder is AEP. The AEP drafted this earlier legislation, which failed, but the bailouts materialized when HB 6 demanded that customers pay subsidies to OVEC factories, which no longer operate economically. The Coalition for Growth and Opportunity was later referenced as an unnamed “Coalition” in the 2020 Federal Criminal Complaint against Householder and his co-defendants, but he was not charged in the case.

AEP and FirstEnergy were also not charged.

Mike DeWine met with leaders of the AEP and Empowering Ohio’s Economy in the final weeks of his successful 2018 campaign for governor, according to copies of his meeting. calendars obtained by the Institute of Energy and Policy.

EPI obtained the schedules through an application for registration filed with the Ohio Attorney General’s office, where DeWine was state attorney general before his inauguration as governor of Ohio in January 2019.

In 2018, Empowering Ohio’s Economy donated $ 525,000 to State Solutions Inc. (also known as Make Ohio Great), a 501 (c) (4) affiliated with the Republican Governors Association, which supported the DeWine campaign for governor with outside expenses.

DeWine’s calendar for October 15, 2018 included time to “prepare for the AEP meeting with JB” and indicated DeWine’s campaign finance director, Mary Sabin and “Michael” as points of contact for the meeting. The ASP political action committee declared having made a contribution of $ 12,500 in the DeWine countryside the next day.

JB Hadden is a longtime partner of DeWine who previously had served as treasurer for DeWine’s campaigns for the attorney general of Ohio. Sabin, who served as DeWine’s campaign finance director from 2016-2020, recently included Hadden in a October 2019 email concerning “our weekly financial appeal” which was obtained by Common Cause Ohio.

DeWine’s schedule too included a “WAIT” for “a meeting with the AEP” on October 18, 2018, and one Meeting at 9 am with “AEP Leadership” a few weeks later on October 31st. The program listed Michael Hall, director of campaign policy at DeWine, as the point of contact for the October 31 meeting. Hall is now Governor DeWine’s chief of staff.

It’s unclear when in 2018 Empowering Ohio’s Economy donated money to State Solutions Inc., but DeWine loaned $ 3 million to his campaign in October 2018 to close what has been called the most expensive governor’s race in Ohio history. Strengthening Ohio’s Economy describes the purpose of the money he donated to State Solutions Inc. as “public education” in its annual report to the IRS for 2018.

When DeWine enacted HB 6 in July 2019, it included the nuclear and coal plant bailouts long sought by AEP and FirstEnergy.

Ridout of AEP did not dispute that a meeting between AEP and DeWine took place in October 2018, but said she could not find any details about the meeting, including who from the company might have been there. assist.

“If the DeWine program provided for us to have a meeting, we probably did as it would be typical for us to have discussions with prominent elected officials who are actively engaged in public policy issues in Ohio,” said Ridout. “We were fully aware of his candidacy for governor at the time, so it could have been a topic of discussion.”

The Energy and Policy Institute had asked Ridout to say who AEP had met with DeWine and if a meeting had taken place included a discussion of how AEP could support DeWine’s campaign, directly or through a external organization like Empowering Ohio’s Economy, State Solutions Inc., or the Association of Republican Governors.

Ridout did not respond to whether Hadden was under contract with AEP in 2018, and sought to steer AEP away from how Empowering Ohio’s Economy used the money it received from the utility company. .

“Empowering Ohio’s Economy is a separate organization and you should direct any questions regarding its contribution process to them,” Ridout said.

A spokesperson for DeWine did not respond to an email from the Energy & Policy Institute seeking comment, nor did Hadden.

DeWine’s schedules also included a meeting with AEP CEO Nick Akin on January 3, 2019, shortly before DeWine’s inauguration as the new governor of Ohio.

Empowering Ohio’s Economy also contributed $ 25,000 in 2019 to the Ohio Governor’s Residence and Office Foundation, a 501 (c) (4) formed shortly after DeWine’s January launch, which purchased food and drink for DeWine political meetings. Hadden was listed as chairman and chief executive of the group on his annual report to IRS for 2019.

DeWine, Lieutenant Governor Jon Husted and key members of their staff subsequently disclosed that they had received gifts and / or food and drink from the Ohio Governor’s Residence and Office Foundation in their annual financial statements for 2019 and 2020. . 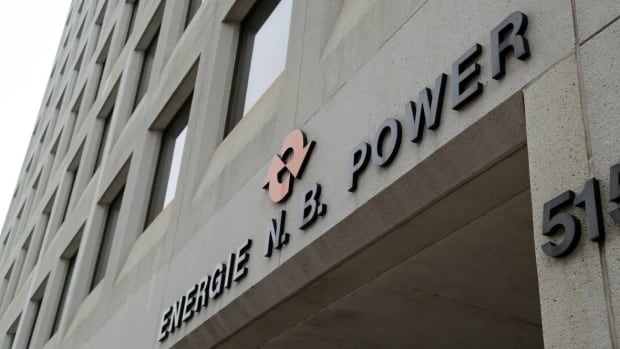